Galeata lies on a riverbed at the heart of the high Bidente Valley, at the centre of a valley overlooked by a massive cliff.

The best time to visit the village of Galeata with its rich history is from Spring to Autumn, when you can also taste delicious local products. Galeata is indeed a town of hospitality, and is part of the group of Slow Towns: places characterized by high living standards, high quality products and the search for harmonious living.

Take a pleasant stroll among the shops of the old village featuring typical Tuscan architecture buildings and porticoed palaces along the historical streets of via Zannetti and via IV Novembre, and the Town Hall.

The Pieve di S. Pietro in Bosco is the main church of the town: despite its neo-gothic style, it dates back to the Middle Ages. The church of S. Maria dei Miracoli is a jewel of Renaissance architecture and preserves valuable 16th and 18th century paintings. In Roman times, next to Galeata stood the small town of Mevaniola: part of the baths and the small theatre can still be visited.

During the Middle Ages, the 'Burgus Galiate' village fell under the influence of the powerful Abbey of S. Ellero (5th century). A magnificent private villa also dates back to the same period and is believed to have been the residence of Theodoric, King of the Goths.

Afterwards the village was dominated by Florence for a few centuries. In 1923, upon the request of Mussolini, Galeata was joined to the Province of Forlì. Most of its important archaeological and historical heritage is preserved in the Civic Museum 'Mons. D. Mambrini' founded at the beginning of the 20th century and recently moved to the Monastery of Padri Minori di Pianetto.

Stridolo (sculpit) is a typical herb of the territory; its vulgar name comes from the sound produced by the leaves when you bring them to your lips. A festival is dedicated to this herb.

Harvested from April to October, it can be found on the edge of cultivated land and in the woods. The top sprigs are used in cooking, mainly for pasta, meat, vegetables and salads.

Every year, at the end of October, the Horse and Foal Fair takes place in Galeata with plenty of horse shows, conferences, music, games, and historical re-enactments.
The fair is still the most important event in Northern and Central Italy, with the participation of breeders, traders and horse lovers.

At the end of April, the Stridolo (sculpit) Festival is organized, where you can taste typical sculpit-based recipes, especially tagliatelle and tortelli.

At about 3km from Galeata, following the recently restored ‘path of cells’ you reach the impressive Abbey of S. Ellero, founded in the 5th century by the Saint who retired there to live a mystical life. The Monastery was destroyed over the centuries and only the church remains today with its Romanesque-style sandstone façade.

The crypt contains the Early Medieval sarcophagus (8th-9th century A.D.) holding the remains of the Saint, which is a destination for numberless pilgrims who come especially in May seeking the Saint’s blessing and healing of headaches. 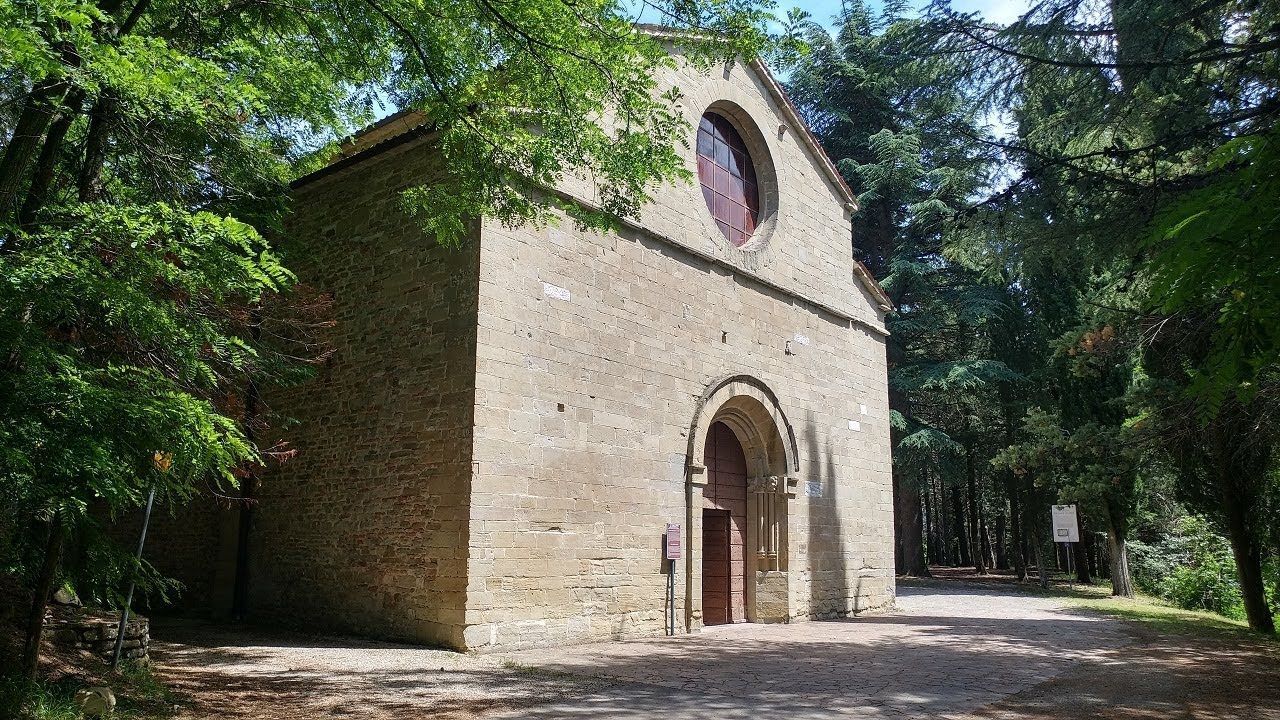